Although Honu (Ironman 70.3 Hawaii) was over a week ago now, there are still several things to wrap up about it! From the expo to the race to the Big Island lottery reveal, there's been a lot going on in the past week.

Our experience this year started early in the week, with our first year experiencing the Honu expo.  We partnered with Newton and created some great Run Big/Newton shirts. We still have some of these limited edition shirts available, so make sure to snatch one up now before they're gone! 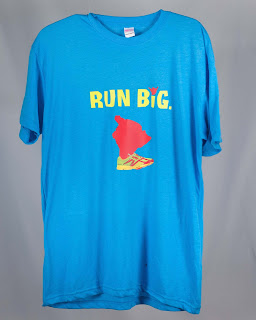 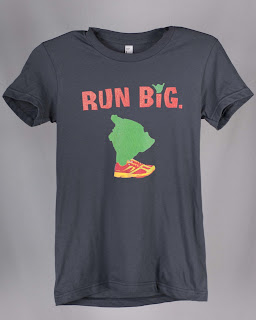 (As a side note, John and Jason have been working on a fantastic pro-level photo studio in a corner of our backroom so we can take impressive photo pictures like the ones above).

Friday of race week was especially busy with the expo, Jason's pre-race meetings and gear check-ins, and an open store on Alii Drive. But we tried to get things wrapped up as early as possible so we could be ready for the early wake-up on Saturday morning - race morning. 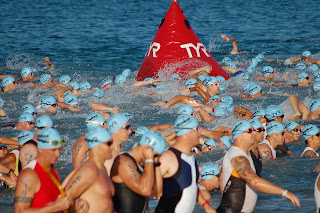 Even with the split start times, apparently the swim was very congested.  I guess that's what happens when you try to cram 2,000 people into the water at Hapuna Beach! 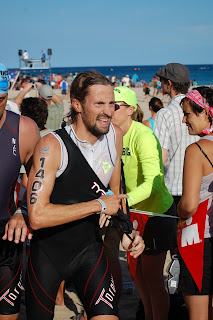 Jason had a pretty good swim and came out of the water right around the people we expected him to.  And he made sure to showcase his Run Big tri top as he took off his swim skin. (Thanks to Jenny Argo for capturing that moment!)

After watching most of the swim and seeing everyone heading out on their bikes, we drove back from Hapuna to the Mauna Lani.  We did a little exploring of the finish line area, but headed back out on to the course to see the action.  We saw the first few bikes come into transition, including eventual race winner Craig Alexander (below). 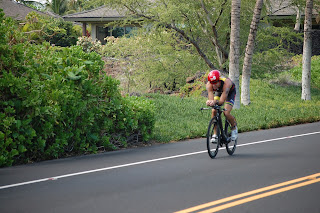 Instead of waiting for Jason to come in on the bike, we headed out to mile 1/mile 8 of the run.  This turned out to be a perfect location because we could see everyone twice. And we didn't have a bad view, either: 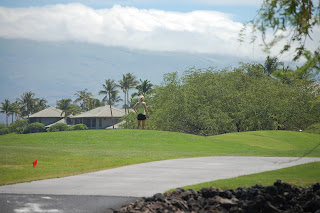 After a good swim and a good bike, things didn't go so well for Jason on the run.  Conditions were hot out there and everyone seemed to melting.  But we watched him come past us both times and then headed for the finish line.  We were there when he crossed the finish line for a time of 5:29:11 (the clock was set to the time the pros started, so deduct three minutes from the time below).  Not quite the time he was hoping for, but still great for his first triathlon. 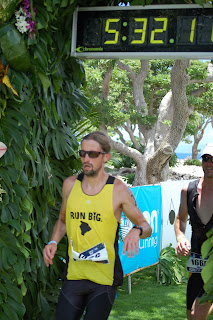 Here are a few of my favorite pictures from the day:

The week after the race was spent recovering and wondering what the next step was for a lot of Big Island residents.  Each year, the Ironman World Championship allots 24 slots to Big Island residents who complete Honu.  The slots are awarded through a lottery, which isn't revealed until the Saturday after the race. This year there were approximately 50 people (including Jason) trying for the 24 slots. At the reveal party, these are a few of the people who received entries to the World Championship in October:


The full list is available here.  Jason did not get in, so we'll have to stay tuned to see where his triathlon career leads (if anywhere).  But we're definitely looking forward to training with and cheering on all of our friends who did get in!