While December has brought snow, sleet, and freezing temperatures to many of our friends back in the mainland, it has brought a much nicer gift to us in Kona: several new models of Mizuno running shoes! (Rumor has it that the new Mizunos are out in the mainland as well.) The new Mizuno models that have arrived are each updates to their popular predecessors and continue Mizuno's tradition of providing high-performance running footwear in a lightweight, comfortable package. IMHO, they look pretty cool too, which never hurts. 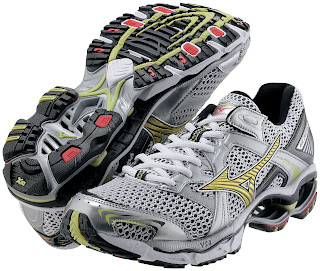 First up is the new Wave Creation 11 (both men's and women's models are pictured). The Wave Creation 11 ($134.95) is the latest and greatest edition of Mizuno's top-of-the-line neutral cushioned trainers. The Creation features Mizuno's Infinity Wave Plate, which gives the shoe its trademark cushioning and heel-to-toe transition.

The primary modifications of the Wave Creation 11 (versus the Wave Creation 10) are a 7% weight reduction, a softening of the heel cushioning, and an improved midsole material, which Mizuno touts as having "inreased rebound and a 'bouncier feeling.'" 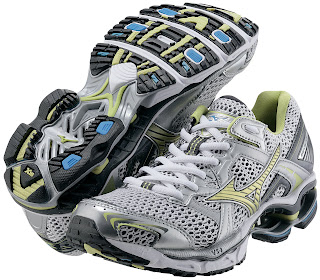 The Wave Creation 11 is an ideal choice for a runner with a neutral foot who likes a lot of cushion. 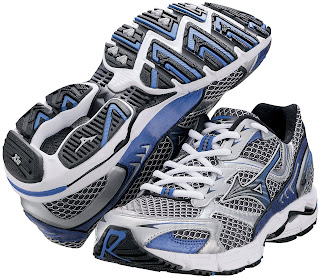 For the neutral runner who doesn't like quite as much cushion as the Creation offers and is looking for a lighter, more responsive shoe, the Wave Rider 13 ($99.95) is an excellent choice.

Wave Rider has long been a popular shoe among runners looking for a trainer that "feels faster" and the new 13s will definitely continue to fill that need.

The changes to the Wave Rider 13 are minor, and that's a good thing. The changes are primarily to the upper, where some minor tweaks have been made to improve fit. 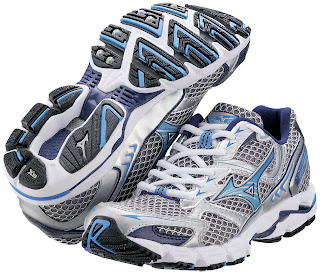 There has also been a slight reduction in weight for the Wave Rider 13 versus the Rider 12, which is really remarkable in a shoe that a lot of runners were already gravitating to for its light weight. 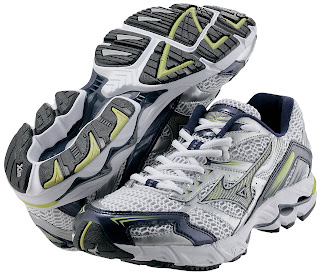 So far, we've spent all of our time talking about shoes for our neutral-footed friends, but we've also got a new Mizuno offering for those of you who need a little support when you run. The Wave Inspire 6 ($99.95) is Mizuno's latest version of its very popular support trainer.

The Wave Inspire is one of the Big Island Running Company's bestsellers, and this latest model has what it needs to keep this trend going. Runners flock to the Inspire because it is able to provide support, but do so in a lightweight package that feels faster than many of its competitors. I'm happy to report that the Wave Inspire 6 will continue to offer its lightweight support, checking in just a shade lighter than its predecessors. 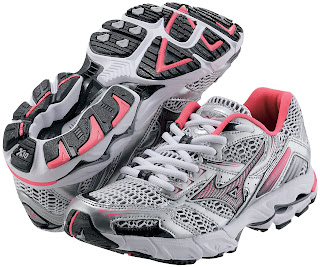 Much like the Rider, the changes to the Wave Inspire 6 were minor and focused primarily on tweaks to the upper to improve fit and comfort.

I predict that the Wave Inspire 6 will continue to be a top seller at the Big Island Running Company.

Working at the running store, I commonly hear people complain that shoe companies update models too quickly and have taken their favorite shoe and updated to a new model they don't care for any more. Sometimes I think these complaints are valid; sometimes not. I don't expect to hear many complaints about these new Mizuno updates though. These updates are exactly what they should be: minor updates to tweak shoes that were already very good shoes. (But if you are going to complain about the updates, hurry in because we've still got scattered sizes of your beloved prior models.)

Look for more Mizuno updates in January, with the new Wave Nirvana 6 on its way to Kona!
Posted by Jason B. at 7:50 PM